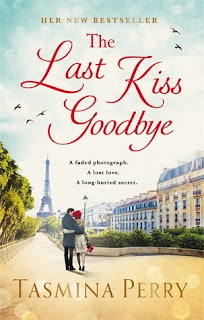 A spellbinding tale of love, loss and long-buried secrets from the Sunday Times bestselling author. If you loved spending A Week in Paris with Rachel Hore or taking the Last Voyage of the Valentina with Santa Montefiore, you will adore this unforgettable novel.


Everyone remembers their first kiss. But what about the last?


1961. Journalist Rosamund Bailey is ready to change the world. When she meets explorer and man about town Dominic Blake, she realises she has found the love of her life. Just as happiness is in their grasp, the worst happens, and their future is snatched away.


2014. Deep in the vaults of a museum, archivist Abby Gordon stumbles upon a breathtaking find. A faded photograph of a man saying goodbye to the woman he loves. Looking for a way to escape her own heartache, Abby becomes obsessed with the story, little realising that behind the image frozen in time lies a secret altogether more extraordinary.

This is the second of Tasmina Perry’s novels that slips between two timelines.  The first was The Proposal (reviewed here) and which I loved.

The story begins in 1961 when Rosamund Bailey first meets Dominic Blake. They have completely different personalities with differing political views but after a shaky start, they start working together and fall in love.

In the present day, Abby Gordon has marital troubles of her own and during her work as an archivist, looking for photos for an exhibition, she stumbles across a photograph of a man and woman tenderly saying goodbye (The Last Goodbye of the title). Intrigued by the photo and the circumstances surrounding it, she sets out to find out more and uncovers a love story complicated by secrets, espionage and deception.

I enjoyed this book very much but I didn’t love it as much as The Proposal. The story itself was captivating and I was completely engrossed as gradually long held secrets were exposed when, Abbey, working together with a journalist, Elliott, sought the truth behind Dominic’s fated expedition. I think the main problem for me was that I didn’t particularly like Abby. I thought she was generally a bit wet and too quick to condemn, especially where her own marriage was concerned and for me, she was one of the weakest characters. Rosamund Bailey was complex and opinionated. A political activist who became a famous journalist, she certainly didn’t suffer fools gladly – both she and Dominic were strong characters and this was clearly reflected in their relationship.

Dominic Blake was a charismatic character. He was an explorer and loved adventure but his exploits together with his wealthy background gained him a rather dubious reputation as a playboy. However scratch beneath the surface and there was a man with more substance than he was given credit for.

Both strands of the timeline were well structured and there was plenty of mystery and intrigue to make you want to read on but although I was as keen as anyone to know what happened all those years ago, my preference was for the part of the story set in the 60’s and I would happily have spent more time with Dominic and Rosamund.

I do really enjoy the new direction that Tasmina’s books are taking. This was a captivating read of love and loss.

Finally, a word about the cover. I love the cover, its gorgeous, but I do think its a little misleading as it could give the impression that the book is set in Paris. Although there is a fleeting visit to Paris, as there is to St Petersburg, the story is mainly set in London. 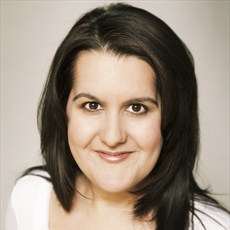 TASMINA PERRY is a Sunday Times Top Ten bestselling author. She left a career in law to enter the world of women’s magazine publishing, going on to become an award-winning writer and contributor to titles such as Elle, Glamour and Marie Claire. In 2004 she launched her own travel and fashion magazine, Jaunt, and was editing InStyle magazine when she left the industry to write books full time. Her novels have been published in seventeen countries. Tasmina lives with her husband and son in London, where she is at work on her next novel.