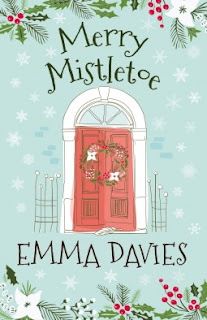 Sherbourne Mistletoe has been prized and sold at the annual Mistletoe Fair for over a hundred years; but could this year possibly be the last? With her father’s sudden death and debts mounting up it looks as though Freya’s only hope for the future is to sell her beloved family home. And to make matters worse, the only contenders to buy Appleyard Farm, are the people she’d least like to sell it to – the dreaded Henderson brothers who seem always to make life so difficult.


It’s magical stuff though, mistletoe, and the arrival of the mysterious Amos Fry brings a glimmer of hope that just maybe Freya can fall in love with Christmas all over again.


As the snow begins to fall, cosy up and find your sparkle this Christmas with another big-hearted, and wonderfully warm read from the author of Letting in Light.

This was the first of my festive reads this year and I couldn’t have picked a nicer one – both in terms of story and also the cover, which I think is gorgeous and so appropriate.


This is sold as a ‘Kindle Single’. I’m not quite sure what the technical difference is between a single and a novella. According to my Kindle, this book would take about 1.5 hours to read. For a short(ish) story, it was perfectly paced and didn’t feel rushed at all.


Freya has had a difficult year. This will be the first Christmas without her beloved father and money is tight, so tight in fact that she has to contemplate selling her much loved family home, Appleyard Farm. It’s just a shame that the only people interested are her neighbours, the Henderson brothers. From the animosity shown by Freya, it is clear that there is history between them and all becomes clear as the book continues. Her live in boyfriend, Gareth, is no help at all, he just wants to sell and get his hands on the money and has no thought for Freya’s feelings.


There are some lovely characters here. Firstly, there is Freya. She can be stubborn and sometimes frustrating, but I was rooting for her all the way and hoping that everything would turn out right for her. The Henderson brothers were chalk and cheese. Then there is Amos; what to say about Amos. He seems almost a magical ‘fairy godfather’ character. He is of no fixed abode, he prefers to sleep on the floor, and arrives at Freya’s door to help with the many tasks that need to be done to keep the Farm going, especially at Mistletoe gathering time. I was never quite sure how old he was, but he was such a wonderful wise and kindly creation, gently manoeuvring people into situations for their own good – I think we all need an Amos in our lives from time to time!


The story begins 29 days before Christmas and we first meet Freya when she is taking her mistletoe to sell at a fair, continuing a long held family tradition, although this may be her last ever mistletoe sale. Freya knows that the money will run out soon and the sale of the farm has become a necessity – if only it wasn’t to the Hendersons.


Emma Davies’ writing has a natural and easy flow and the characters (and even the not so nice ones) will engage you straight away. If you want a heart-warming and festive read to curl up with on a cold afternoon then I can recommend this one. I bought Emma’s first novel, Letting in Light ages ago and its been languishing on my Kindle, all my good intentions of getting to it have been foiled but after enjoying this, I shall make a bigger effort to get to it sooner rather than later.

I purchased my copy from Amazon UK – at the time of writing of this review you can download for only 99p – well worth it! 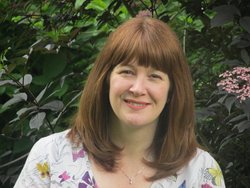 After a varied career Emma Davies once worked for a design studio where she was asked to provide a fun and humorous anecdote for their website. She wrote the following: ‘I am a bestselling novelist currently masquerading as a thirty something mother of three.’ Well the job in the design studio didn’t work out but she’s now a forty something mother of three, and is working on the rest.

Today she’s a finance manager and looks at numbers a lot of the time, so at night she likes to throw them away and play with words, practising putting them together into sentences. Pop over to her website www.emmadaviesauthor.com where, amongst other things, you can read about her passion for Pringles and singing loudly in the car.

You can also Wave to her on twitter @Emdavies68 or find her on Facebook (a little too often than is good for her).

Letting in Light is her debut novel, and she is currently working on her second.