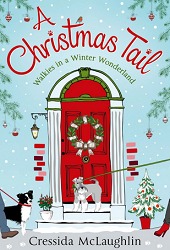 This book was first published as an e-serial Primrose Terrace Parts 1-4. Perfect for fans of Cathy Bramley, Lucy Dillon and Debbie Johnson.


A Christmas Tail was first published as a four-part serial set in Primrose Terrace.


Catherine ‘Cat’ Palmer realizes that bringing an adorable puppy into work is a bad idea, especially when it gets her the sack. Deciding it’s the perfect opportunity to launch her dog-walking business, Cat enlists the help of flatmates Polly and Joe. After all Primrose Terrace, the street where they live, is full of home-alone hounds.


Getting to know the owners and their precious pooches isn’t all plain sailing, but soon Cat is making friends, particularly with sexy Mark and his Collie, Chips. But is he the right man for her?


With her talent for misadventure, Cat’s new life starts to show some cracks, and when one of the street’s loveable schnauzers gets ill, it looks like this Christmas could be turning into a dog’s dinner. But Cat has never given up on anything in her life – and this is one Christmas that’s definitely worth saving…


Firstly a word about the gorgeous cover.  The sparkly glittery textured cover makes it a perfect book to pick up for that Christmas read.  In fact, you could read it at any time of the year as because it covers all four seasons, with the Christmas part at the very end.

I had already bought Part 1 (Wellies and Westies) as a single when it was released earlier and was delighted when I was offered the chance to read all four stories in one book. Part 2 is Sunshine and Spaniels, Part 3 is Raincoats and Retrievers with Part 4 being Tinsel and Terriers.

When Cat Palmer gets the sack from her nursery job, she decides to set up a dog walking business.  She loves dogs and being outside and so ‘Pooch Promenade’ seemed the ideal choice.  With some of her busy neighbours in the idyllic sounding Primrose Terrace being her first customers it doesn’t take long for word to spread and for Cat to have a successful launch.  Cat doesn’t only love dogs, she has a huge heart and always wants to help people.  However sometimes that help can be seen as interference and can backfire leading to some uncomfortable moments.

There are dogs aplenty in these stories, each with their own characters and I fell in love with all of them.  Even Shed, the grumpy ginger cat belonging to Cat’s flatmate Joe, had a certain charm.

Cat’s life isn’t all plain sailing.  She lodges with her best friend Polly and Polly’s brother Joe.  Joe is dealing with issues of his own and although he is supportive in other ways of Cat’s new business, he refuses to let her have a dog in the flat, even one belonging to a client.  He gives Shed’s presence as an excuse but is there another reason? There are people who want to close her business down and her love life has its complications.

This is a lovely warm read with some fabulous characters to get to know. Cat is determined but caring, with her flatmates Polly and Joe sometimes having to bring Cat down to earth. Even the neighbours, including glamorous food writer Jessica with her three Westies, Elsie with her miniature schnauzers Chalky and Disco and single mother Frankie with her two young daughters and puppy Olaf will draw you into their world. Through Cat and Pooch Promenade, some great friendships were formed and there was a wonderful sense of camaraderie, particularly in the Christmas section.
This is an easy and very enjoyable read and whether or not you are a dog lover (I am) there is enough story here to appeal to everybody . Cat was someone that would make a wonderful friend and I was rooting for her all the way through.

My thanks to the Twitter folk at Harper Fiction for the paperback copy to review. 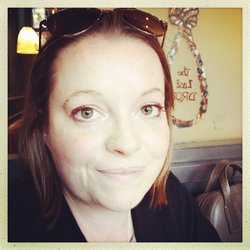 Harper Fiction discovered the very talented Cressida over ice cream sundaes at Fortnum & Mason, at a launch for fellow author Alexandra Brown. Prior to this delightfully serendipitous occasion, Cressy was shorlisted for Novelicious Undiscovered 2012, a shortlist of only 20 from hundreds voted for by the public.

Cressy was born in South East London surrounded by books and with a cat named after Lawrence of Arabia. She studied English at the University of East Anglia and now lives in Norwich with her husband David.

Cressy’s favourite things – other than writing – include terrifying ghost stories, lava lamps and romantic heroes, though not necessarily at the same time. She doesn’t (yet) have a dog of her own but feeds her love vicariously through friends’ pets. When she isn’t writing, Cressy spends her spare time reading, returning to London or exploring the beautiful and romantic Norfolk coastline.

Murder on the Downs – Julie Wassmer