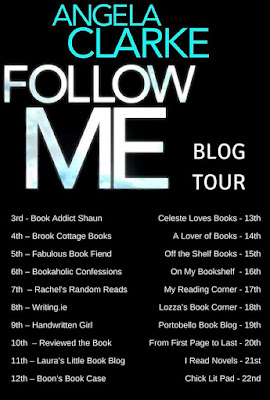 The ‘Hashtag Murderer’ posts chilling cryptic clues online, pointing to their next target. Taunting the police. Enthralling the press. Capturing the public’s imagination.

But this is no virtual threat.

As the number of his followers rises, so does the body count.

Eight years ago two young girls did something unforgivable. Now ambitious police officer Nasreen and investigative journalist Freddie are thrown together again in a desperate struggle to catch this cunning, fame-crazed killer. But can they stay one step ahead of him? And can they escape their own past?

ONLINE, NO ONE CAN HEAR YOU SCREAM … 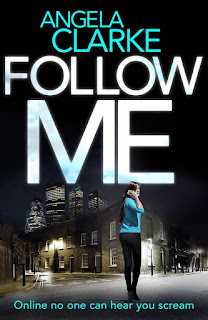 Freddie Venton is a struggling wannabe journalist, writing articles for free trying to get herself noticed whilst working shifts in a coffee shop. She can’t afford a place of her own so shares a dingy flat with others and sleeping on the sofa. Her life may be a disaster, but her addiction to social media will find a use for her talents.

One night she comes across an old school friend, Nasreen Cudmore. Nasreen is now a Met police officer and when it appears that something big is happening, Freddie makes sure she is in on the action (with hopefully a story to come out of it), and tracks Nasreen and her colleagues to a crime scene. She blags her way inside and from that night she becomes involved in a police investigation to find a sadistic killer, tweeting as ‘Apollyon’ and known as ‘the Hashtag Murderer’. By posting cryptic clues online, Apollyon is taunting the police via Twitter, and gaining more followers by the day. The police, aided by Freddie and her social media expertise, face a race against time to identify the killer before he can strike again.

This is an original and fast paced thriller, using social media as its theme. Unless we are extremely careful, we all leave a footprint and perhaps unwittingly provide more private details than we should online and the killer takes full advantage of this.

This was a very entertaining read but I did have to suspend disbelief more than a little. I know this is fiction and some things have to be exaggerated to make a story but the police team here are so inept that they make Inspector Clouseau look like a genius. The likelihood of a civilian being included in a murder investigation as a social media adviser just because she knows how to use Twitter and the police don’t – and being allowed to attend crime scenes and possibly contaminate evidence seems just a little far-fetched. However my advice is to just accept this and go with the story.

There is obviously some history between Freddie and Nasreen. They were inseparable childhood friends but after a dramatic event, became estranged. I was keen to know why they fell out as it was given such a big build up throughout the story. Whilst working together, there is a wariness between them, and it is doubtful whether the two can ever be friends again. Nasreen has made a success of her life, unlike Freddie’s whose life has turned out very different.

As Freddie becomes more involved in the investigation, it affects her emotionally. She is a difficult character – feisty, often aggressive and not instantly likeable, but she also shows a vulnerability, and I couldn’t help but empathise with her.

Despite my reservations about the implausibility of some aspects of the storyline, this was very readable with a great deal of suspense throughout; it was certainly a book that I wanted to keep going back to. The twists and turns carry on until the very end and kept me wondering as to the identity of the killer.   Angela Clarke clearly is very talented and I look forward to reading more in future.

My thanks to the publisher, Avon, for the advance reading copy. 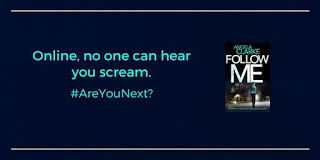 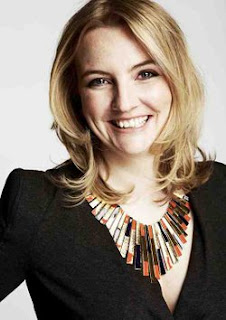 Angela Clarke is an author, columnist and playwright. Her debut crime novel Follow Me (Avon) is out December 2015. Follow Me is the first in the Social Media Murders Series.

Her memoir Confessions of a Fashionista (Ebury) is an Amazon Fashion Chart bestseller. Her debut play The Legacy received rave reviews after it’s first run at The Hope Theatre in June 2015. Angela’s journalist contributions include: The Guardian, The Independent Magazine, The Daily Mail, and Cosmopolitan. Now magazine described her as a ‘glitzy outsider’. Angela read English and European Literature at Essex University, and Advances in Scriptwriting at RADA. In 2015 Angela was awarded the Young Stationers’ Prize for achievement and promise in writing and publishing.

She is almost always late or lost, or both.