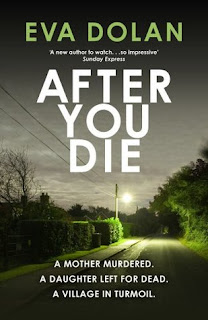 A gas leak leads to the discovery of two bodies— a mother and her severely disabled teenage daughter—in the third instalment in Eva Dolan’s gripping series following two detectives from the Hate Crimes Unit. Was the target of the killer the mother or daughter?


Dawn Prentice was already known to the Peterborough Hate Crimes Unit. The previous summer she had logged a number of calls detailing the harassment she and her severely disabled teenage daughter were undergoing. Now she is dead, stabbed to death, while Holly Prentice has been left to starve upstairs. DS Ferreira, only recently back serving on the force after being severely injured in the line of duty, had met with Dawn that summer. Was she negligent in not taking Dawn’s accusations more seriously? Did the murderer even know that Holly was helpless upstairs while her mother bled to death? While Ferreira battles her demons, determined to prove she’s up to the frontline, DI Zigic is drawn into conflict with an official seemingly resolved to hide the truth about one of his main suspects. Can either officer unpick the truth about mother and daughter, and bring their killer to justice?

DI Zigic and DS Ferriera investigate hate crimes.  When the body of Dawn Prentice is found following a gas explosion at an adjoining property, the case is immediately passed to them because of the previous harassment claims against the family which Ferriera had briefly been involved in.  However they are against the clock to discover whether this is a crime connected to those incidents before the case is taken off them and passed to CID.

This was a tragic case. Dawn’s murder led to the death of her teenage disabled daughter Holly.  Holly was paralysed following an accident and relied totally on others for her care.  Holly was left to die.  Who could be so callous?

There are no shortage of suspects for the deaths of both Dawn and Holly and at first it is unclear who was the intended victim.  Holly was a vocal advocate for the ‘right to die’ which led to her being targeted by online trolls and the victim of harassment at home.

Add into the mix an 11 year old boy, on the run and armed with a knife and the list of suspects grows.

I haven’t yet read books 1 and 2 in the Zigic and Ferreira series but After You Die can be read as a standalone.  There is just enough explanation to show the current state of mind of the two detectives to engage and draw the reader into the story from the beginning. However the conclusion of the previous story is referred to so do bear this in mind if you want to read the series.

This character driven crime thriller is full of suspense and intrigue and was a 5* read for me.  The characters are believable and the contrasting personalities of Zigic and Ferreria added to the enjoyment.  Zigic is more of a solid, ‘by the book’ family man whilst Ferreira can be unpredictable and obviously has personal issues resulting from a previous story which made me want to find out more.   Everyone has their secrets and the two detectives have their work cut out to discover who and why.   The many red herrings planted by Eva ensured that it was quite some time before I worked out ‘whodunnit’.

I shall now be adding books 1 and 2 to my never ending pile of ‘must read’ books!

My thanks to the author and publisher for the copy to review.

I’ve received a duplicate copy of this book from the publisher and have permission to do a giveaway.  If you’d like to win an unread paperback proof copy, please enter by using the Rafflecopter box below.  Sorry but for postage costs its UK only and in case it makes a difference its the larger size paperback.  Good luck! 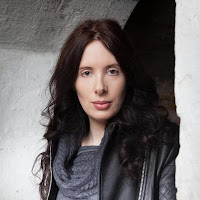 Eva Dolan is an Essex-based copywriter and intermittently successful poker player. Shortlisted for the Crime Writers’ Association Dagger for unpublished authors when she was just a teenager, her début novel Long Way Home, the start of a major new crime series starring two detectives from the Peterborough Hate Crimes Unit, was published in 2014 to widespread critical acclaim.