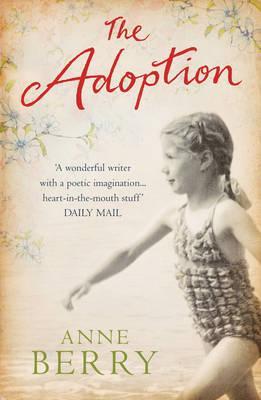 ‘I was fourteen when my Mother said that she needed to speak to me… And then she told me – just like that. I was adopted.

And what I felt was not shock or grief but the most enormous sense of relief.’

Growing up as the only child of strict, God-fearing parents, Lucilla has always felt her difference. But it is not till adulthood that she discovers the real reasons behind her adopted mother’s of times violent indifference.

As for Harriet, she would have readily sent her longed for baby back if she could, having discovered she falls all too short of her expectations.

And then there is Bethan, a young girl in 1940s Wales, whose only mistake is falling in love with the wrong man


This is a story narrated by three women – Bethan, a teenage girl from Wales who in the 1940’s brought shame on her family by falling pregnant after falling in love with a German prisoner of war whilst he was working on her parent’s farm.

Harriet, who with her Welsh husband Merfyn adopts a baby from the Church Adoption Society. They are both members of the Temperance Society and Harriet has an image of how the perfect child should behave – she will be very disappointed.

And finally Lucilla – the baby adopted by Harriet and Merfyn. Lucilla grows up to be a troubled child and has a difficult childhood -she feels at odds with her parents and then one day the truth is finally revealed to her.

This was an extremely well written and emotional book. Three generations of women – all hostage to society’s views of what is acceptable behaviour and the laws of the time. Thankfully times have changed and society generally is now far more tolerant. The characters were so believable, my heart broke sometimes for Lucilla and the emotional cruelty and violent outbursts she suffered at the hands of her adoptive mother. The story takes us from Lucilla’s childhood and we are brought up to date with Lucilla’s current life with her own children and family.

The characters were so well written so as to provoke a reaction with the reader. There were slimy, odious characters who were easy to dislike and others that you could feel empathy for.

Although all three women feature in the narrative, the story is mainly about Lucilla but I would have liked to have known more about Bethan’s life after the adoption. She was an interesting character who life was changed forever by the baby she had to give up.

2 thoughts on “The Adoption – Anne Berry”