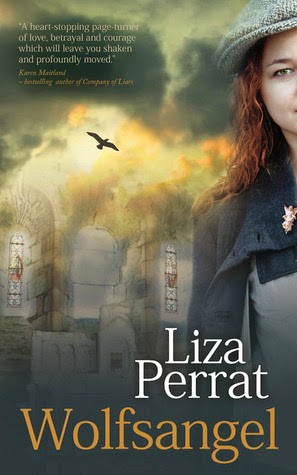 Published in October 2013 by Triskele Books

Seven decades after German troops march into her village, Céleste Roussel is still unable to assuage her guilt.
1943. German soldiers occupy provincial Lucie-sur-Vionne, and as the villagers pursue treacherous schemes to deceive and swindle the enemy, Céleste embarks on her own perilous mission as her passion for a Reich officer flourishes.
When her loved ones are deported to concentration camps, Céleste is drawn into the vortex of this monumental conflict, and the adventure and danger of French Resistance collaboration.
As she confronts the harrowing truths of the Second World War’s darkest years, Céleste is forced to choose: pursue her love for the German officer, or answer General de Gaulle’s call to fight for France. Her fate suspended on the fraying thread of her will, Celeste gains strength from the angel talisman bequeathed to her through her lineage of healer kinswomen. But the decision she makes will shadow the remainder of her days.
A woman’s unforgettable journey to help liberate Occupied France, Wolfsangel is a stirring portrayal of the courage and resilience of the human mind, body and spirit.

I understand that this is the second book in the L’Auberge des Anges trilogy.  I haven’t yet read the first in the series, The Spirit of Lost Angels (although I have now purchased this for my Kindle) but Wolfsangel can easily be read as a standalone.  I had seen many good reviews of Wolfsangel and was delighted when Liza asked me to review – I’m just so sorry it has taken me so long to get to it!

The narrative initially begins in 2012 with an elderly Céleste Roussel attending a commemorative ceremony in Lucie-sur-Vionne to honour those lost during a tragic event during the German occupation nearly 70 years before – an event that Celeste has had to live with for the rest of her days.

We then go back to 1943 and to a young 19 year old Céleste, living with her mother and brother in L’Auberge des Anges, which for generations has been a home which welcomes those in need.  Her father has been taken by the Germans to a work camp and they have not heard from him for some time.

Our young heroine Céleste is feisty and courageous.  However she is also impulsive and sometimes foolhardy and even though her family and friends are part of the Resistance movement, she lets her heart rule her head when she falls in love with a German officer.  She wears a bone angel talisman which has been passed down through the generations and has a belief that this will give strength and safety however her youthful quest for adventure and the decisions she makes leads her and her family and friends into terrible danger.

I was captivated by this novel from the very start.  The author does advise at the end that part of the story was based on a true event and it is clear that detailed research has been undertaken resulting in an poignant and powerful story.

The author has skilfully woven a story around the German occupation and of the fear that people lived under during such awful times – with the villagers blackmailed and their homes and businesses raided by the Germans for their own profit.  For an easier life, some people became collaborators and reported on their own friends and neighbours and there was a very real sense that you never knew who to trust. What shines through is the bravery of people through such difficult times and the lengths they went to try and keep themselves safe and to liberate their country.   Some of the events are truly shocking and difficult to read but such graphic descriptions are needed for authenticity and to make the story and characters realistic and believable.

The writing is superb and this powerful story will capture your attention. I can highly recommend it and will definitely be reading the rest of the series.

My thanks to the author for the digital copy to review. 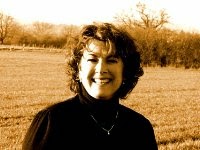 Liza grew up in Wollongong, Australia, where she worked as a general nurse and midwife for fifteen years.

When she met her French husband on a Bangkok bus, she moved to France, where she has been living with her husband and three children for twenty years. She works part-time as a French-English medical translator, and as a novelist.

Since completing a creative writing course ten years ago, several of her short stories have won awards, notably the Writers Bureau annual competition of 2004 and her stories have been published widely in anthologies and small press magazines. Her articles on French culture and tradition have been published in international magazines such as France Magazine and France Today.

Friends, Family and Other Strangers is a collection of humorous, horrific and entertaining short stories set in Australia.