Can Anybody Help Me – Sinéad Crowley 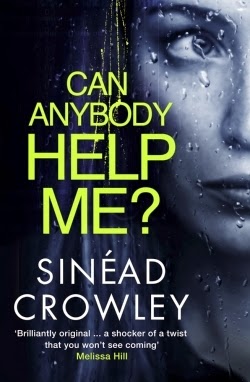 It was crazy really, she had never met the woman, had no idea of her real name but she thought of her as a friend. Or, at least, the closest thing she had to a friend in Dublin.

Struggling with a new baby, Yvonne turns to netmammy, an online forum for mothers, for support. Drawn into a world of new friends, she spends increasing amounts of time online and volunteers more and more information about herself.

When one of her new friends goes offline, Yvonne thinks something is wrong, but dismisses her fears. After all, does she really know this woman?

But when the body of a young woman with striking similarities to Yvonne’s missing friend is found, Yvonne realises that they’re all in terrifying danger. Can she persuade Sergeant Claire Boyle, herself about to go on maternity leave, to take her fears seriously?

Do you really know all the people you talk to on the internet?  You may think you do, after all, we all give out little snippets of our private lives and thoughts on online forums, Twitter and Facebook, sometimes disclosing more than we mean to but unless you have actually met the people, they are still strangers at the end of a mouse click.

The story begins with Yvonne, newly married, a new mum and struggling to get to grips with a move from London to Dublin.  Her husband is always busy working and never seems to have time for her and so she turns to an online forum “netmammy” for advice and support.  When one of the mums that she is particularly friendly with disappears from the forum, coinciding with a woman’s body found in an apartment building, she is worried enough to contact the police with her fears but then thinks she is being silly.  After all there is no real reason to believe that her online buddy is the same woman and they had never met.

Investigating the death is Sergeant Claire Boyle, herself pregnant and feeling the strain of a busy job.  Well-meaning colleagues try to tell her to take it easy, but her own pride stops her from admitting that she is struggling and she is determined to carry on as usual even if she has to drop with exhaustion. She operates on gut instinct and is not adverse to breaking the rules if needed. I thought she was a great character and would love to see her return in a future book.

The narration includes text of conversations from the online forum throughout the story – initially for me this did slow things down and I was anxious to get back to the main story but then I realised that I did need to pay attention to these as they are relevant to the plot.   This is a well-structured and convincing psychological / crime thriller concerning the dangers of the internet.  The characters are extremely well crafted and realistic with flaws and insecurities.

Without giving any of the plot away, the pace of the story and the mounting tension will keep you turning the pages.  I had my own theories on who the perpetrator was but was completely taken by surprise by the killer twist at the end.

This was an excellent debut novel, refreshingly different in its construction and if nothing else, should make us think twice about what we share online!   I can’t wait to see what Ms Crowley comes up with next. 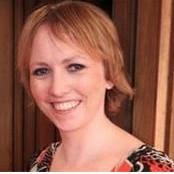 Sinéad Crowley is currently Arts and Media Correspondent with RTE, Ireland’s national broadcaster. Working for radio, television and the web, she has covered stories ranging from general elections to the Eurovision Song Contest, and has reported from locations including Southern Africa, Azerbaijan and the Oscars. A self confessed internet addict, she discovered the world of parenting websites when on maternity leave with her first child. Sinéad lives in Dublin with her husband and two young sons.

3 thoughts on “Can Anybody Help Me – Sinéad Crowley”