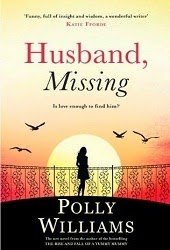 ‘The number you are calling is unavailable. Please try again later.’

Gina has only been married six months when her husband Rex goes on holiday to Spain and vanishes without a trace, tipping her dream new marriage into nightmare. As a frantic search gets nowhere, Gina is adamant that he’s alive and vows never to give up hope. Speculation is rife: he’s drowned at sea, lost his memory…or just walked away. Troubling stories start to emerge about Rex’s past that are hard to square with the man she married. How well does she really know her handsome, charismatic husband? They’d fallen in love so quickly, so passionately, that the past had seemed barely relevant to either of them. Now an explosive secret threatens to rewrite the story of their love affair. As the mystery of Rex’s whereabouts deepens, Gina begins to wonder whether you only ever truly know the person you love once they’ve gone.

This is a book that I reviewed last year before I started my blog.

Gina and Rex embark on a whirlwind relationship and marry within a few months. The marriage is only 6 months old when Rex disappears whilst on a surfing holiday in Spain with his half brother Jake and some friends. As the search continues and there is still no sign of Rex, Gina has to hold on to her belief that Rex is still alive despite advice from her friends and family to accept his death, to move on with her life and find some resolution.

The synopsis for this book sounded so intriguing and I was gripped by the story from the very start. Gina was such a well written character, with doubts and vulnerabilities that the reader could identify with. Gina was 13 years younger than Rex and there is a naivety in her character which is unusual for someone of her age (nearly 30). For example, when confronted with the financial realities of Rex’s disappearance, she flounders, knowing nothing at all of their financial affairs. To find out that your husband is missing, presumed dead, would be a nightmare for anyone to cope with but then when secrets and devastating revelations come to light, you wonder whether you even knew the person you had married. Rex comes across as a very controlling character and good at keeping secrets – something which Gina and his family have to come to terms with. As the story progresses, it appears that Rex is not the only secretive one in the relationship – Gina has a secret of her own to deal with.

There is a very strong cast of supporting characters, including Jake – Rex’s half brother and the person who informs Gina of Rex’s disappearance. He is sympathetic to Gina’s plight and does what he can to help, even letting her have a room in his house which doesn’t go down too well with his partner, Fran. Fran is a delightfully hard faced bitchy character and whilst she appears to be sympathetic to Gina, she has her own reasons for trying to be friendly. Gina’s sister Dawn and friends Lucy and Femi, whilst being supportive try to instil some normality into Gina’s life with humour and straight talking.

I thought this was a very enjoyable read – it wasn’t an edge of your seat suspense story but it definitely kept my interest and I was keen to find out how the story would end for Gina and Rex. However I was left slightly disappointed by the ending. Compared to the slower pace of the rest of the story, it appeared to be rushed as if the author had decided to bring it to a sudden end and for this reason I would rate at 4 out of 5.

My paperback copy was received via the Amazon Vine review programme. 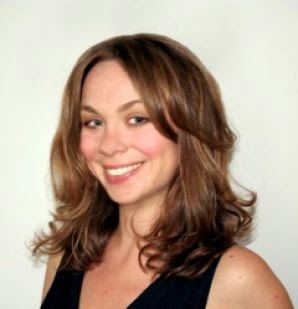 I’m a writer and journalist who turned everything I didn’t know about motherhood into my debut novel – The Rise and Fall of a Yummy Mummy was my bestselling debut – and whose latest (seventh) novel, is Husband, Missing, published by Headline.