What happens when a mother and her daughters are separated, and who do they become when they believe it might be forever?

Malaya 1955. It’s the eve of the Cartwright family’s departure from Malaya. Eleven-year-old Emma can’t understand why they’re leaving without their mother, or why her taciturn father is refusing to answer her questions.

Returning from a visit to a friend sick with polio, Emma’s mother, Lydia, arrives home to an empty house ─ there’s no sign of her husband Alec, her daughters, or even the servants. The telephone line is dead. Acting on information from Alec’s boss, Lydia embarks on a dangerous journey across civil-war-torn Malaya to find her family.
​
The Separation is a heart-wrenching page-turner, set in 1950s Malaya and post-war England.​

This powerful debut novel by Dinah Jefferies is set in the 1950’s against the background of the Malayan ‘Emergency’. I have to admit I knew nothing about this time in history until I started reading The Separation but it’s obviously a subject that the author knows well from personal experience and the ever present danger of that period is superbly brought to life.

The story is told from two perspectives – Lydia, the mother, who arrives home from visiting a sick friend to a deserted house – her husband Alec and their two girls, Emma and Fleur, have gone. No note has been left and Lydia has no idea where they are.  We also hear the other side of the story from Emma, the eldest daughter, aged 11.  Emma was closest to her mother and misses her badly but her father won’t tell them why they are leaving or when their mother will join them.

I loved this story of love and loss …. and revenge.  Lydia is desperate to find her girls but is thwarted by acts of deceit and betrayal by those she trusted.   Her daughters feel lost and confused at their mother’s disappearance and can’t understand why she has abandoned them. There were so many times when I wanted to shout through the pages and tell them that they hadn’t been forgotten and that their mother was looking for them.

The heat and the exotic sights and smells of the Malayan jungle and landscape are vividly described against the danger of guerilla attacks. Violence and murder are rife and as a white woman, Lydia is extremely vulnerable and faces her own share of danger.  Her mothering instincts are needed when she is asked to look after Maznan Chang, a young abandoned Malay/Chinese boy.  With no one to protect him, he needs Lydia as much as she needs him and although she becomes extremely fond of him, his presence only intensifies her feelings of loss for her own girls.

There are some great characters portrayed here which you will either love or hate – there were a couple that I disliked with a passion.  For me, Lydia, Emma, Veronica and Adil had the most depth but each of the others, whether good or bad, had a distinct personality.

Parts of the book are heart achingly sad but there is always hope and that is the only thing that Lydia and Emma have to cling to.  They are both very strong characters and Emma is definitely her mother’s daughter; at times she seems willful and uncontrollable – she fights against her father’s strictness whereas her younger sister Fleur, is more amenable and seems to be his favourite.  Various parts of the story which at first seemed random are bought together to a conclusion which had me near to tears.

I love stories that educate as well as entertain and this one certainly did that.  It was an emotional read at times and all the way through I was desperately hoping that all would end well.  This was a superb first novel and I can’t wait to read Dinah’s new book, due for publication in May 2015 – The Tea Planter’s Wife.

My thanks to Penguin for the paperback copy to review. 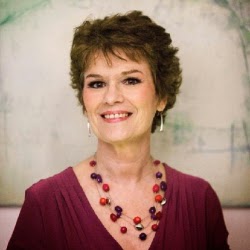 Dinah Jefferies was born in Malaya in 1948 and moved to England at the age of nine. She has worked in education, once lived in a ‘rock ‘n roll’ commune and, more recently, been an exhibiting artist. She spends her days writing, with time off to make tiaras and dinosaurs with her grandchildren. The Separation is her first book.

2 thoughts on “The Separation – Dinah Jefferies”