How I Lost You – Jenny Blackhurst 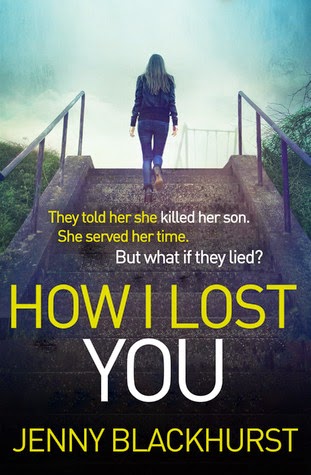 They told her she killed her son. She served her time. But what if they lied? I have no memory of what happened but I was told I killed my son. And you believe what your loved ones, your doctor and the police tell you, don’t you?

My name is Emma Cartwright. Three years ago I was Susan Webster, and I murdered my twelve-week-old son Dylan. I was sent to Oakdale Psychiatric Institute for my crime, and four weeks ago I was released early on parole with a new identity, address and a chance to rebuild my tattered life. This morning, I received an envelope addressed to Susan Webster. Inside it was a photograph of a toddler called Dylan. Now I am questioning everything I believe because if I have no memory of the event, how can I truly believe he’s dead? If there was the smallest chance your son was alive, what would you do to get him back?

The story begins when Susan Webster is released from a psychiatric hospital after serving a three year sentence for killing her 3 month old baby. At the time was she was diagnosed with severe post natal depression; she still has no memory of that tragic event and has spent much of her imprisonment trying to focus on the happy memories of time spent with her son. Upon her release, she changes her name and moves away – she might expect that she would be left alone to pick up the threads of her life but it seems that someone has other ideas…

Nobody, apart from the authorities and her best friend Cassy (a fellow inmate, also now released) was supposed to know where Susan was living. However, whilst alone in her new home, an envelope was pushed through her door; it contained a photograph of a young boy and written on the back was “Dylan – January 2013”. How was this possible, Dylan was dead – Susan killed him. Surely somebody had to be playing a sick joke? However when events escalate and become even more sinister, Susan has to find out the truth. Is her boy still alive and if so, why was she found guilty of his murder?

This story had me gripped from the very first page. The premise of the story was original and certainly kept my interest all the way through. When Susan was first released, she had no–one to turn to, apart from Cassy. Her husband Mark had divorced her whilst she was imprisoned and she had turned away from remaining family and friends. When a journalist, Nick, suddenly arrives on her doorstep, after the delivery of the photograph, alarm bells started ringing for me – how did he know where she lived and why was he there – was it just to get a story?

Despite her initial suspicions, Susan began to rely on Nick just a little too much, too soon. I couldn’t quite understand why she trusted him so much but then maybe I’m a naturally suspicious person!

Running through the story are separate chapters, told in italics and going back in time to 1987, of a group of boys who meet at school and who we follow through to university. At first I couldn’t understand where this fitted it, but the strands do come together and the twists involved here are very well done.

There are quite a few characters to get to grips with but once these are clear in your head, the story does race along and although at times, you do have to suspend disbelief slightly at events, it never becomes dull. The twists are very clever and I was never sure who to trust; it seems that events of the past have far reaching consequences.

Jenny Blackhurst has written a very enjoyable debut thriller. Although towards the end, it did become a little ‘busy’ and the denouement seemed a little rushed, I didn’t guess the outcome although I did have suspicions about certain people. Secrets and lies carry the story along very well and if you just go with the story, I’m sure that you will enjoy this as much as I did. 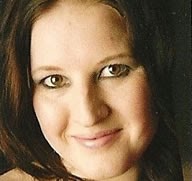 Jenny Blackhurst grew up in Shropshire where she still lives with her husband and children. Growing up she spent hours reading and talking about crime novels – writing her own seemed like natural progression. Inspired by the emotions she felt around her own son’s birth, How I Lost You is Jenny’s thrilling debut crime novel.

2 thoughts on “How I Lost You – Jenny Blackhurst”