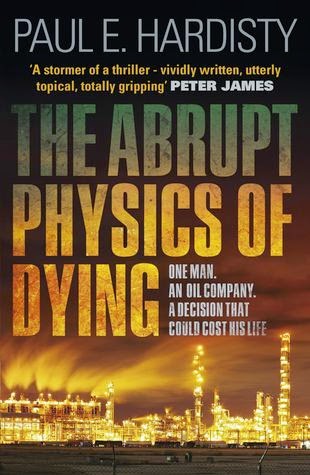 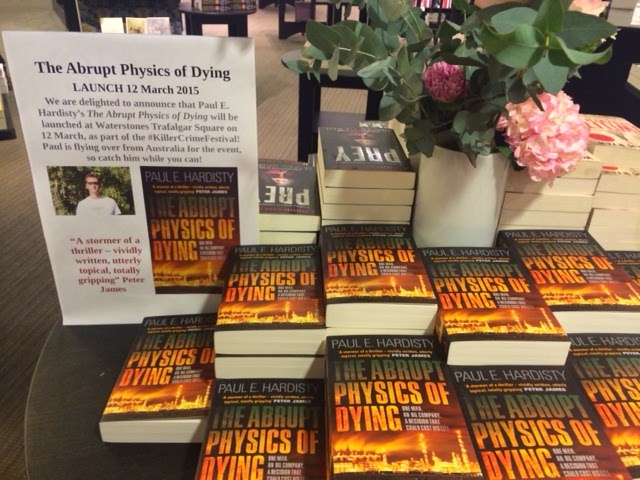 I was delighted to be invited by Karen Sullivan of Orenda Books to the paperback launch of The Abrupt Physics of Dying, held at Waterstones, Trafalgar Square on 12 March.  It was a joint launch of both Paul Hardisty’s debut thriller and also the third instalment of James Carol‘s Jefferson Winter series – ‘Prey‘ (published by Faber & Faber).  Overseeing proceedings and conducting the interviews was author William Ryan, whose own book, ‘The Twelfth Department: Korolev Mysteries Book 3 (The Korolev Series)‘ was published in May 2013. 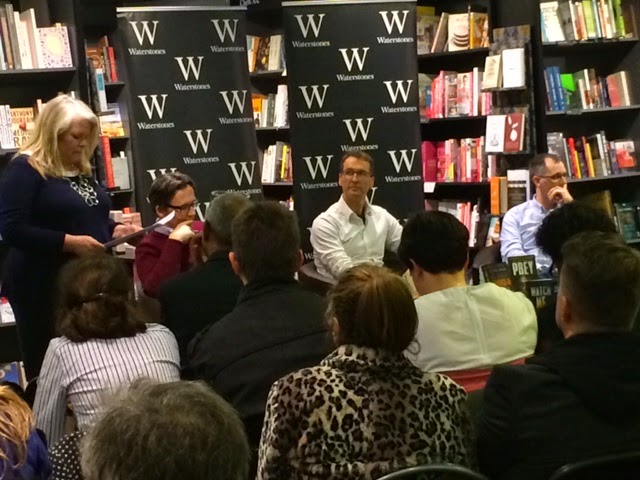 Hearing all 3 authors talk about their writing process and the creation of their characters etc was extremely interesting and I had a very enjoyable evening. There was wine – and there was cake! Karen had made a truly splendid cake to celebrate the occasion. 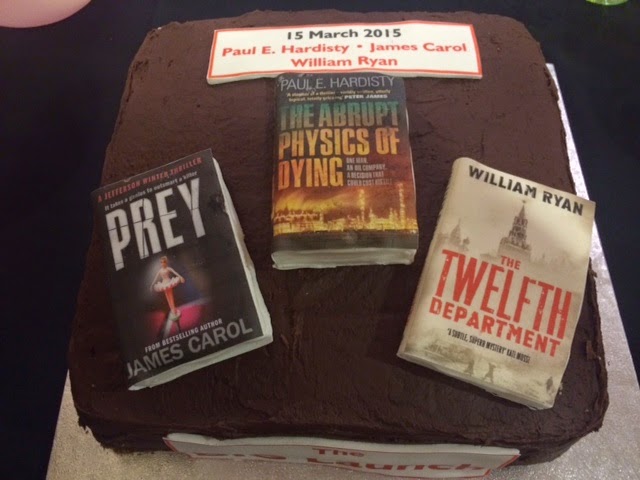 Claymore Straker is trying to forget a violent past. Working as an oil company engineer in the wilds of Yemen, he is hijacked at gunpoint by Islamic terrorists. Clay has a choice: help uncover the cause of a mysterious sickness afflicting the village of Al Urush, close to the company’s oil-processing facility, or watch Abdulkader, his driver and close friend, die. As the country descends into civil war and village children start dying, Clay finds himself caught up in a ruthless struggle between opposing armies, controllers of the country’s oil wealth, Yemen’s shadowy secret service, and rival terrorist factions. As Clay scrambles to keep his friend alive, he meets Rania, a troubled journalist. Together, they try to uncover the truth about Al Urush. But nothing in this ancient, unforgiving place is as it seems. Accused of a murder he did not commit, put on the CIA’s most-wanted list, Clay must come to terms with his past and confront the powerful forces that want him dead. A stunning debut eco-thriller, The Abrupt Physics of Dying is largely based on true events – the horrific destruction of fresh water and lives by oil giants. Gritty, gripping and shocking, this book will not only open your eyes but keep them glued to the page until the final, stunning denouement is reached.

This book was well out of my comfort zone and not in my usual choice of genres so it was with a little trepidation that I started to read, thinking it would be more of a ‘man’s book’ however I got great enjoyment from the story and would recommend anyone to give it a read. Set in Yemen, in 1994, with the country on the cusp of civil war, our ‘hero’ is Claymore Straker. Formerly a soldier, he is now an engineer working for Petro-Tex, an oil company, to check out the land and to pave the way (often with bribes) to those who may stand in the way of the company’s expansion ambitions.

The story begins when Clay and his driver Abdulkader are hijacked at gunpoint and taken before a local leader, Al Shams. Al Shams wants to know why his people are ill and dying and he believes Clay is the person to find out. To ‘persuade’ Clay to help, he holds Abdulkader hostage and gives Clay a few days to come back with answers otherwise his friend will die.

In his quest for the truth, Clay had to deal with bribery, corruption and double crossings galore – all the time not knowing who he could trust. He is a very strong character, both physically and mentally, but although he can look after himself in a fight, he is not superhuman and some of the fighting and gun scenes did have me wincing at times. His developing friendship with the female journalist, Rania, only complicates matters. Rania seems to have a shady past and it is unclear whether she can be trusted.  Clay is a complex character and his violent past has left him mentally scarred with demons of his own to fight. In trying to help the villagers of Al Urush, he faces great danger from people determined to stop him at any price. One of the things that comes from this book is that for some people, human life is worth nothing and that land – and oil, are much more valuable.

It is clear that the author’s background and experience has enabled him to write a thriller that is so rich and detailed in description that you can almost feel the searing heat and visualise the vast endless desert. This is a part of the world that I know little about but after reading this book, I did feel that I had learned just a little bit more. I have to admit that the scientific and technical details did sometimes ‘whoosh’ over my head but the fast pace of the story kept me reading eager to find out what happened next. Behind the action scenes, is a very powerful and compelling message of corporate greed and the deliberate destruction of life and land.

This is the author’s debut thriller and is certainly one to be recommended.

I understand that Paul Hardisty has a new book to be published next year, “The Evolution of Fear” – which will again feature Clay Straker, this will certainly be on my wishlist.

My thanks to Karen of Orenda Books for the paperback copy to review.


At the time of writing this review, the Kindle version is currently 59p on Amazon.co.uk 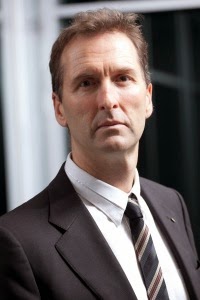 Canadian by birth, Paul Hardisty has spent 25 years working all over the world as an engineer, hydrologist and environmental scientist. He has roughnecked on oil rigs in Texas, explored for gold in the Arctic, mapped geology in Eastern Turkey (where he was befriended by PKK rebels), and rehabilitated water wells in the wilds of Africa. In 1993 he survived a bomb blast in a cafe in Sana’a, and was one of the last Westerners out of Yemen before the outbreak of the 1994 civil war. Paul is a university professor and Director of Australia’s national land, water, ecosystems and climate adaptation research programmes. He is a sailor, a private pilot, keen outdoorsman, ironman triathlete and conservation volunteer, and lives in Western Australia with his family.