The Mistake I Made – Paula Daly 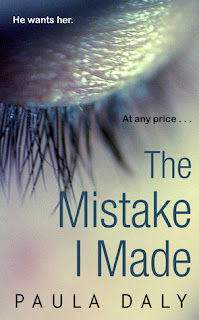 We all think we know who we are.


What we’re capable of.

Roz is a single mother, a physiotherapist, a sister, a friend. She’s also desperate.

Her business has gone under, she’s crippled by debt and she’s just had to explain to her son why someone’s taken all their furniture away.

But now a stranger has made her an offer. For one night with her, he’ll pay enough to bring her back from the edge.

Roz has a choice to make.

I’ve loved both of Paula Daly’s previous books, What Kind of Mother Are You and Keep Your Friends Close (click the links for my reviews) and have been eagerly awaiting the publication of this third one.

In The Mistake I Made the main character is Roz. She is separated from her husband Winston (a waste of space as a husband, but with a certain charm about him) and lives alone with their young son, getting by on a hand to mouth existence. She has a job as a physiotherapist but after paying the bills and the debt that Winston left her with, she cannot meet all her payments and reaches her lowest point when the bailiffs are called in and she faces eviction. When her path crosses with rich and handsome Scott Elias, he makes her a proposition which is so hard to resist. Although Roz struggles with the morality of the situation, his proposition could be the answer to her financial worries – just once, and she could start to clear some debts and give herself some breathing space. However nothing can be that straightforward and Roz unwittingly finds herself caught up in the consequences.

Paula Daly has a talent for taking an ordinary person and placing them in desperate situations where they have to make a decision, for good or bad, quite often without realising what the consequences could be. Sometimes they seem naive or reckless and you want to shake some sense into them but you still have to ask yourself ‘what would I have done’? Her characters are suitably flawed and realistic – and some are just downright twisted but her stories are written with compassion and dark humour. I think her wit is her trademark throughout all her novels – no matter how twisty the story gets, there is always some relief from the tension.

This story is again set in the beautiful Lake District, not only is the landscape vividly described but the author’s first-hand knowledge of physiotherapy adds an interesting and authentic element.

This was such an addictive and suspenseful story that I sat up until the early hours of the morning to finish it, I just couldn’t put it down.  Although all three books are standalones, it was great to see a familiar character return, albeit having a slightly smaller role this time.

Three books in and Paula Daly is most definitely a favourite author whose books I always look forward to.

My thanks to the publisher and Netgalley for the digital copy to review. 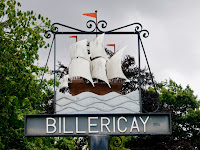 Although I now no longer live there, as a born and bred Billericay
girl for much of my life, I was both surprised and delighted to see my home town get a specific mention – “…..a quiet bookish newly wedded couple from Billericay….” . Despite the impression given on ‘Gavin & Stacey’, I would agree that us Billericay folk can definitely be ‘bookish’☺

Paula Daly lives in Cumbria with her husband, three children and whippet Skippy. Before becoming a writer she was a freelance physiotherapist.

2 thoughts on “The Mistake I Made – Paula Daly”