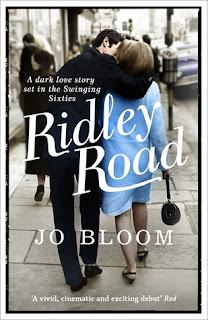 A beautifully written love story set in 1960s Soho amid the revival of fascism.


A dark love story set in the Swinging Sixties


SUMMER, 1962. Twenty-year-old Vivien Epstein, a Jewish hairdresser from Manchester, arrives in London following the death of her father. She has travelled to the city to make a new start, and quickly finds herself swept up in a city buzzing with life. Landing a job at Oscar’s salon, she thrives amid the vibrant café culture of Soho and the warm camaraderie of the other hairdressers.


But beneath the surface, Vivien is desperate to find Jack Fox, a man she had a brief but intense romance with some months before. Her search leads to confront the dark resurgence of fascism, countered by the Jewish community in street battles around Ridley Road in the East End of London. Amid the growing tensions, can her love survive?


This debut novel by Jo Bloom is mainly set in 1960’s London with a bit of a nod to Manchester. Although I was born in the 1960’s, I don’t remember much of that time but it is an era that interests me and this novel really appealed.  It was also an opportunity to learn more of a part of history that I really didn’t know much about.

This is very much a story of Vivian’s coming of age and her innocence and early naivety is contrasted with the frightening and ugly behaviour she witnesses after coming to London to look for Jack, a young man she had a brief love affair with whilst living in Manchester with her father. The love story element plays a major part but perhaps more importantly, it is a story telling of the shocking and unpleasant rise of fascism against the Jewish and other minority communities. The story is based on true accounts which adds to the authenticity and makes for a compelling and often uncomfortable read.

Ridley Road educates as well as entertains. The love story between Jack, a journalist and Vivien, a hairdresser, takes place against the backdrop of anti-Semitism and the outpouring of hatred from its supporters was frightening to read about, heaven knows how it must have felt to be on the receiving end. The safe and cosy world of Oscar’s, the hair salon where Vivien works is a world away from Jack’s life of ugliness and danger.

There were many expertly drawn characters here; Vivien, now completely alone following the death of her beloved father. Jack – on a mission to prove himself. The motherly Babs, owner of Oscar’s who takes Vivien under her wing. The obsessive and slightly stalkerish behaviour of young Stevie was cleverly done – these were just a few of the many characters brought to life by the author. The freedom enjoyed by many during the 60’s was in stark contrast to the brutal mentality exercised by some. This was a beautifully written debut which kept me engrossed throughout. I certainly hope to read more from Jo Bloom in future.

My thanks to the author and W&N for the paperback copy to review. 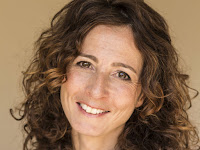 Jo Bloom has worked as a freelancer in the communications field for the past fifteen years with a focus on arts publicity and e-learning. She also contributed to the book review section of Time Out, London for a few years. Prior to this she lived and worked in Prague and New York. She was inspired to write Ridley Road when she met a Jewish anti-fascist who’d lived in the East End all his life and participated in numerous street battles with the fascists alongside both the 43 Group and the 62 Group. She lives in Brighton with her husband and young son.