Asking For It – Louise O’Neill 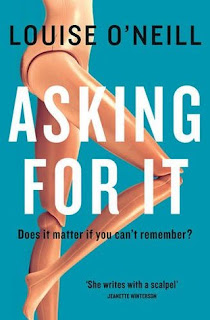 It’s the beginning of the summer in a small town in Ireland. Emma O’Donovan is eighteen years old, beautiful, happy, confident.
One night, there’s a party. Everyone is there. All eyes are on Emma.

The next morning, she wakes on the front porch of her house. She can’t remember what happened, she doesn’t know how she got there.

She doesn’t know why she’s in pain.

But everyone else does. Photographs taken at the party show, in explicit detail, what happened to Emma that night.

But sometimes people don’t want to believe what is right in front of them, especially when the truth concerns the town’s heroes . . .

This was the first book I have read by Louise O’Neill and oh does it pack a punch. It should probably be on the school reading list for every teenage girl (and for that matter boys too) as a warning that combining alcohol, drugs and social media does not end well for anyone.

The main character, 18 year old Emma O’Donovan is not an easy person to like. Everybody tells her that she is so beautiful she should be a model. She is jealous of anyone else having the attention that she feels should be hers and is not always a good friend; even when she is ‘being nice’ she can be spiteful and hurtful and, as for other girl’s boyfriends, they are all fair game and if she can, she will! Having said that none of her friends were perfect and the story perfectly captures the insecurities and jealousies of teenage girls – especially if one is attracting the boy that someone else likes.

As shallow as she initially seemed, I don’t think that this personality trait was entirely her fault. Her mother came across as a control freak who wanted the perfect daughter and the perfect family. With such high standards to live up to it was probably no surprise that Emma wanted to break free and ended up with a skewed sense of entitlement.

After events at a party get way out of control, Emma finds her world is quite different and the rest of the story focuses on how Emma has to deal with the consequences of that night. It’s not just Emma who has to cope with the fallout – her family and friends do too and of course people will take sides. Everybody has an opinion of her behaviour and she is the subject of endless discussion – on the radio, TV and in the small town where she lives. ‘The Ballinatoom Girl’ is how she becomes known. Because of the way she behaved and dressed, some people say she was ‘asking for it’.

Louise O’Neill has produced an extremely powerful and thought provoking story and the writing is at times brutal. It raises issues of taking responsibility for yourself and the question of consent. We mainly see the story from Emma’s perspective but as she doesn’t remember what happened it’s the description of images and comments on Facebook and Twitter that paint a picture. I was torn by my feelings towards Emma, there were times when I felt no pity for her at all, but then others when I was sorry for her and angered by the apparent double standards and the betrayal of so called friends.

The whole story is frighteningly realistic and will no doubt horrify those parents who believe that their child is incapable of such behaviour. Nobody comes out of this story well and as with real life, there are no neatly tied happy ever afters for everyone. This is marketed as a Teen and Young Adult book, however I would recommend it for adults too. There is so much to discuss and debate about this story and it would make a great choice for a book group.

My thanks to Lovereading and the publisher for the advance reading copy as part of the Lovereading Reviewer Panel. 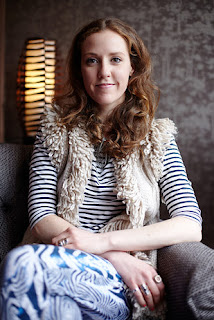 Louise O’Neill was born in west Cork in 1985. She studied English at Trinity College Dublin and has worked for the senior style director of American Elle magazine. She is currently working as a freelance journalist for a variety of Irish national newspapers and magazines. She lives in Clonakilty, West Cork.