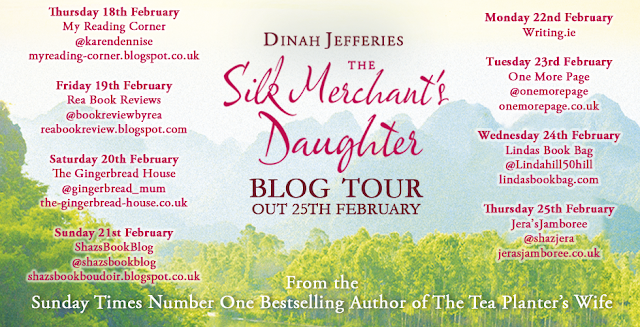 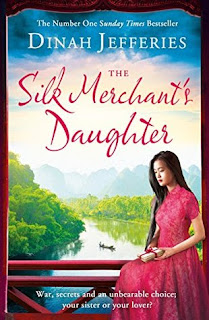 1952, French Indochina. Since her mother’s death, eighteen-year-old half-French, half-Vietnamese Nicole has been living in the shadow of her beautiful older sister, Sylvie. When Sylvie is handed control of the family silk business, Nicole is given an abandoned silk shop in the Vietnamese quarter of Hanoi. But the area is teeming with militant rebels who want to end French rule, by any means possible. For the first time, Nicole is awakened to the corruption of colonial rule – and her own family’s involvement shocks her to the core…


Tran, a notorious Vietnamese insurgent, seems to offer the perfect escape from her troubles, while Mark, a charming American trader, is the man she’s always dreamed of. But who can she trust in this world where no one is what they seem?


The Silk Merchant’s Daughter is a captivating tale of dark secrets, sisterly rivalry and love against the odds, enchantingly set in colonial era Vietnam.

Again, this is historical fiction and this time set in French Indochina, more particularly in Hanoi in the early 1950’s. Eighteen year old Nicole Duval has a Vietnamese mother and a French father and unlike her sister Sylvie who takes after her father in looks, Nicole favours her late mother (and so is called a ‘métisse’- not a kind word).  This leads to its own problems with identity and a feeling of belonging.

These are dangerous times in Hanoi.  The nationalist Vietminh are fighting the governing French for control and innocent people are being killed as the two sides continue their fight. Later, the Americans would become involved in what we know as the Vietnam war. Nicole feels torn between her mother’s Vietnamese heritage and the rest of her family, who are on the side of the French.

To complicate matters, Nicole meets Mark, an American who may not be all that he seems. Despite not knowing who she can trust, Nicole must make a choice and making a wrong decision could cost her everything.

As I have come to expect from a book by Dinah Jefferies, the surroundings and landscape are evocatively and vividly described – the smells and the noise, the people and their food and clothing – I felt completely immersed in their lives, although I think I will pass on the ‘egg coffee’ (a condensed milk coffee with an egg in it).  The colours and textures of the silks sold in Nicole’s shop sounded divine and I found myself coveting the silk purses and lampshades that Nicole made. There is a lot to this story with the plot encompassing corruption, romance, murder, betrayal and tragedy.

Nicole and her sister Sylvie are as different in personality as they are in looks and of course there are sibling rivalrys. Nicole has always felt the unwanted one whilst Sylvie is considered the golden girl and given the main businesses to manage by their father. All Nicole is given is a small and long abandoned family silk shop in the Vietnamese quarter which will have its own important part to play.  All the characters are well drawn, there were some that I took to more than others but they all have their distinct personalities – from the main players to the lesser ones of Nicole’s friend O’Lan and little Yvette and not forgetting the hated Monsieur Giraud – they will get under your skin in one way or another.

What this story does get across very well is the sheer horror of being caught between warring factions and the constant worry of wondering who were friends or foe.  There were atrocities committed by both sides and I could empathise with Nicole’s anguish when trying to decide whose side to take.

It did take me a little while to become fully engaged with the story and that was purely down to issues I had with Nicole. My initial impression of her was that she was too needy and despite her privileged upbringing had a ‘woe is me’ attitude which I found a little irritating. However as the story progressed I saw more of Nicole’s bravery whilst Sylvie came across as increasingly manipulative and unstable.

Dinah Jefferies writes this type of historical fiction so well and it makes for a very enjoyable read – the amount of research that has been undertaken clearly shows in the vivid imagery along with intriguing characters, wonderful locations and the social history aspect.   Another recommended read.

My thanks to Penguin for the ARC to review.

I was delighted to receive a special proof copy which as well as being beautifully wrapped in a silk bow with a thank you card, included a thank you page from Dinah and a list of supporters.  I was especially thrilled to see my (Twitter) name included (Karendennise).  This was such a lovely gesture from both Dinah and Penguin and very much appreciated.

It’s a pleasure to start off the blog tour and please do check out the other stops on the tour over the next week. 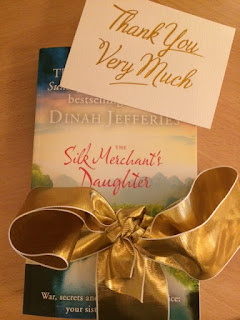 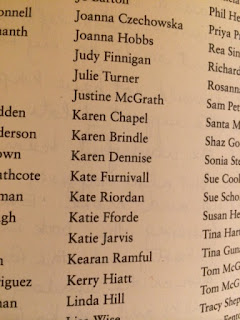 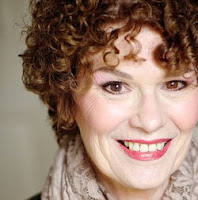 Dinah Jefferies was born in Malaysia and moved to England at the age of nine. She has worked in education, lived in a commune and exhibited work as an artist. The Silk Merchant’s Daughter is Dinah’s third novel; her previous novels, The Separation and The Tea Planter’s Wife, a Sunday Times bestseller, are both published by Penguin. She is a contributor to the Guardian and other newspapers and lives in Gloucestershire with her husband.